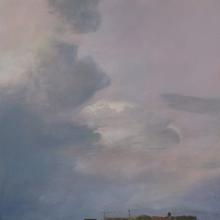 No news from God 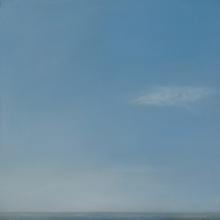 The ocean doesn’t want me today 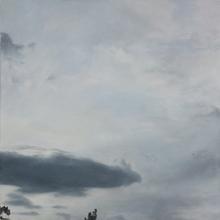 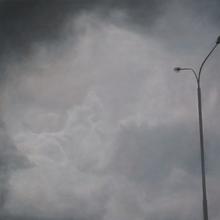 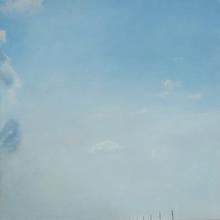 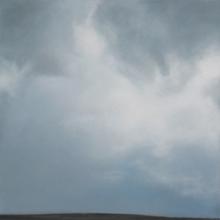 Cloudy with a chance of rain 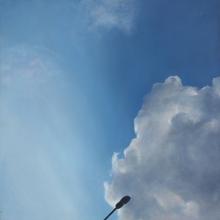 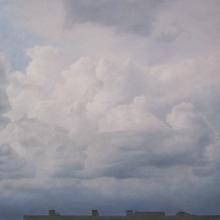 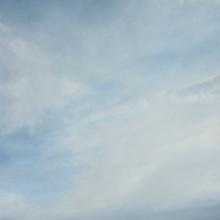 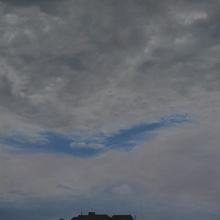 House on the Prairie 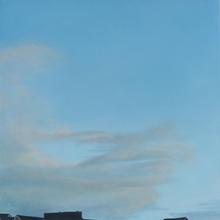 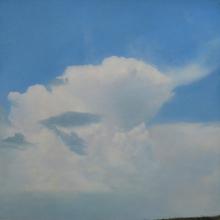 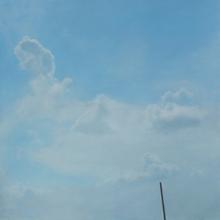 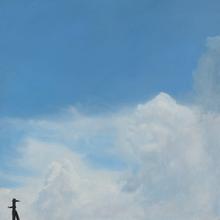 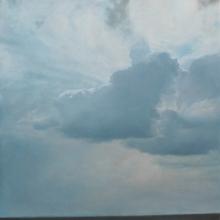 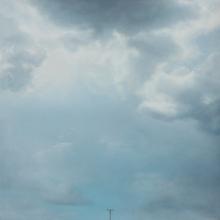 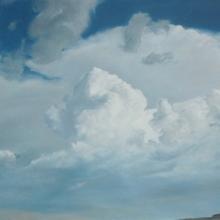 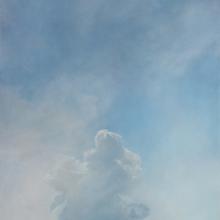 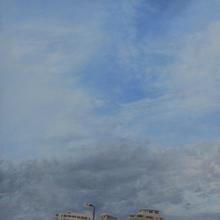 Press Release: Nothing New Under the Sun, the first of the skyscape series.

“While Ocholla is chiefly known for her expressionistic portraits, political satire paintings and for her curatorial endeavors, Nothing New Under the Sun shows a completely new and unexpected side to this versatile and accomplished artist.

The exhibition consists of a series of paintings of the sky, showing in realistic detail images of clouds, with only the faintest trace of a contextualizing landscape in places. Ocholla considers the world above us, “Tracing shapes in the sky is common practice in childhood, but as adults we are inclined to view the world in more abstract terms.” The artist reflects on the nature of the everyday as she sees in her skyscapes deconstructed shapes of things to come and things that have been, in tagging her moods, thoughts, reflections and illusions - “My own veritable Sky News.”

These closely observed studies demonstrate a magisterial ability to use painting to convey seemingly ‘banal’ subject matter. Ocholla’s paintings in Nothing New Under the Sun challenge in their apparent realism – from a distance some appear to be photographs, but up close reveal painterly gestures and the surface of the canvas that belie their initial impression.

This is Ocholla’s second solo show, following on Wisecracks in 2010 at Blank Projects”.