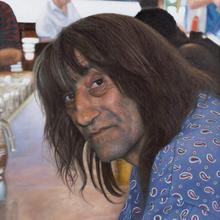 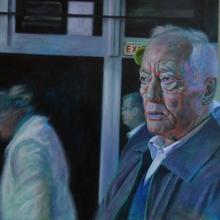 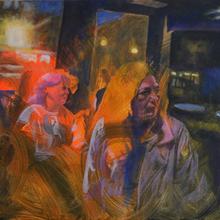 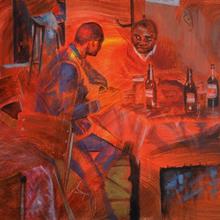 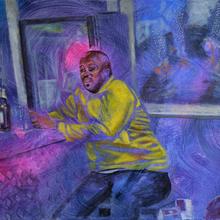 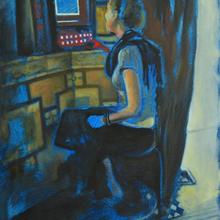 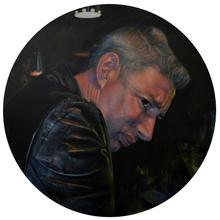 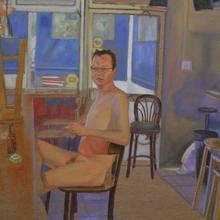 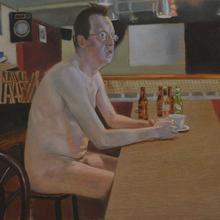 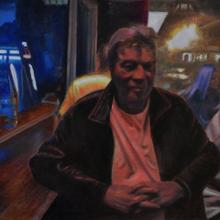 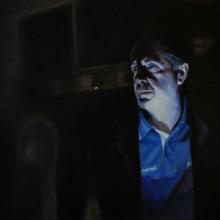 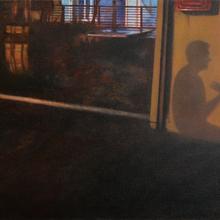 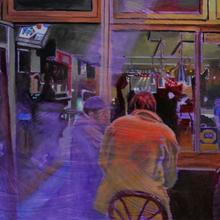 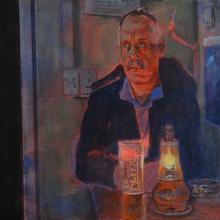 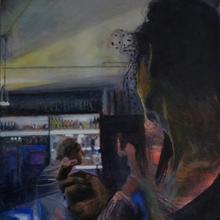 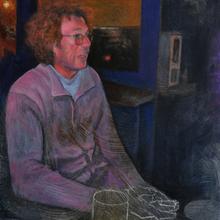 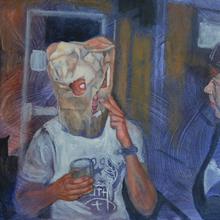 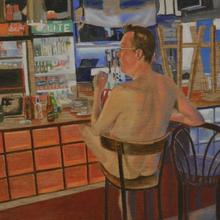 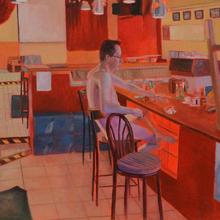 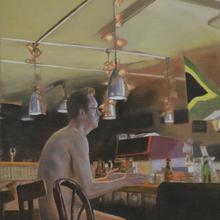 “A man’s manners are a mirror in which he shows his portrait.
Johann Wolfgang von Goethe

Taking its title from the 1987 movie about the life of poet Charles Bukowski, the paintings in ‘Barfly’ set the scene at a watering hole, with the artist as a sort of biographer of the regulars and goings-on. Unlike the movie, the tone is muted, quotidian and even mundane. And taking cues from Degas’ Dans un Café (‘l’Absinthe’), drink is strangely inconspicuous, yet omnipresent.

Catherine Ocholla’s portraits, taken together, present a mise-en-scene of aspects of contemporary city living, as if seen through the haze of a drunken happy hour or two. The photographer, Bill Brandt, once noted that, “A good portrait ought to tell something of the subject’s past and suggest something of his future.” In this body of work Ocholla indicates narrative possibilities that go beyond immediately what happened before the moment captured but perhaps alludes to a cyclical past and future that any habitué of bars knows only too well… stories that are repeated; events that occur over and over again. ‘Barfly’ isolates these seemingly random moments, and freezing them in time speaks of a shared experience between sitter and subject, portrait and viewer. Though situated in the most public of arenas they nevertheless evoke intimacy and access spaces that are at once internal and shared with the world. Time slows down and speeds up, and figures loom and recede, a mirror of the hedonistic, exciting and sometimes lonely way of life portrayed on canvas”.

Some of the works were on show at the World Art Gallery in 2015, others are more recent additions to the series.